Have you ever wanted something so much, that you are scared to think about it?

That’s how I feel right now.

Tomorrow afternoon, I have an interview for a position that I applied for. And even though its only for 2 months, I really want to get it. But I am scared of wanting it. I’m scared of hoping only to find out I don’t get.

Last night I dreamt that I woke up late, forgot about the interview, and I didn’t have zoom downloaded yet. It felt so real. And ever since I woke up, thats what has been on my mind. And thats why I made sure that zoom was downloaded today.

I guess I didn’t want to talk about it with anyone because it would make it more real. My mom only knows because I slipped up. And I am okay with not getting the position. Like I’ve said before, I believe that the universe is looking out for me.

I think the reason why I am more worried and scared is because last year around this time, I interviewed for a position and was offered it, only for them to say a few days later that they made a mistake. I talked about it here, if you want to read. Obviously, I dodged a bullet, but I don’t want that to happen again.

2 thoughts on “Have you ever wanted something so much, that you are scared to think about it?” 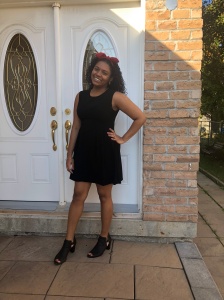